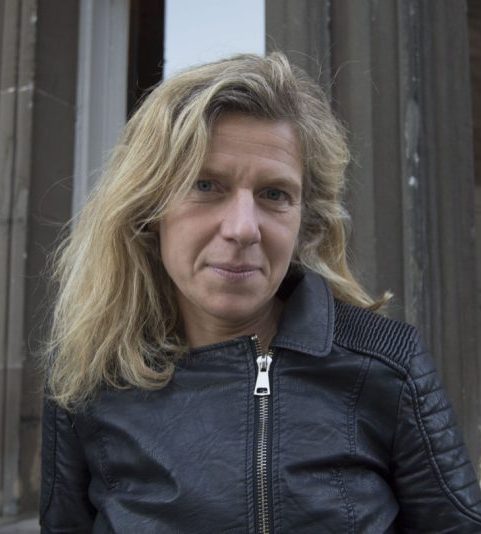 Katrina is a director and award-winning screendance artist whose creative, scholarly and educational practice is at the forefront of the international field. Having trained as a dancer and choreographer at Laban in London, an early career fascination with the collaborative possibilities of dance and the moving image led her to complete a post-graduate in Electronic Imaging (video art) at Duncan of Jordanstone College of Art, laying the foundations of what would become a life-long, multi-faceted and influential engagement with dance on screen.

Katrina’s collaborative films, installations and on-line works have been presented at venues and festivals worldwide. Since the early 1990s, Katrina has been regularly awarded funding from public and private organisations, institutions and arts councils, including in 2002 being a recipient of the prestigious Creative Scotland Award of £25,000 to an individual artist. In 2020, she was awarded a Career Achievement award At the Dance Camera West Festival in Los Angeles, USA. A number of works that she has directed are held in collections including Lux Artists’ Moving Image UK, Routledge’s on-line Performance Archive and the British Council. Over a period of 15 years, Katrina was a director of arts programmes for UK television, making films for the BBC, STV and Channel Four.

Katrina is the author of Making Video Dance – a step-by-step guide to creating dance for the screen, the second edition of which was published by Routledge in 2018. Katrina has mentored, taught workshops and lectured across the globe. Most recently, Katrina has been adapting her teaching to the on-line environment and enjoying the new concepts and potential that this is offering in her work with artists across the world.  www.katrinamcpherson.com www.makingvideodance.com 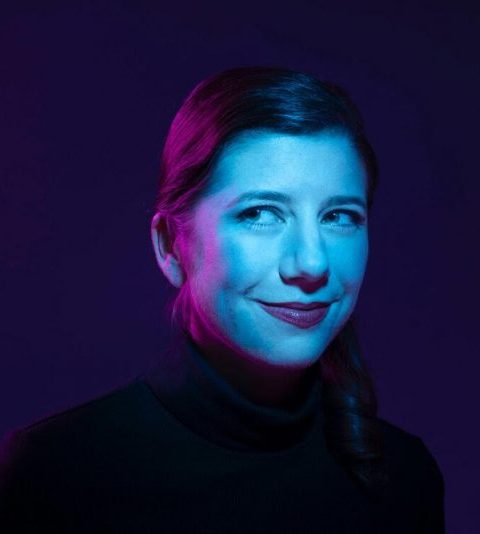 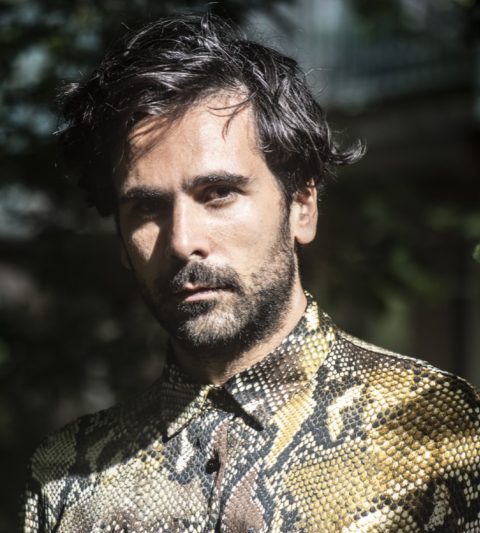 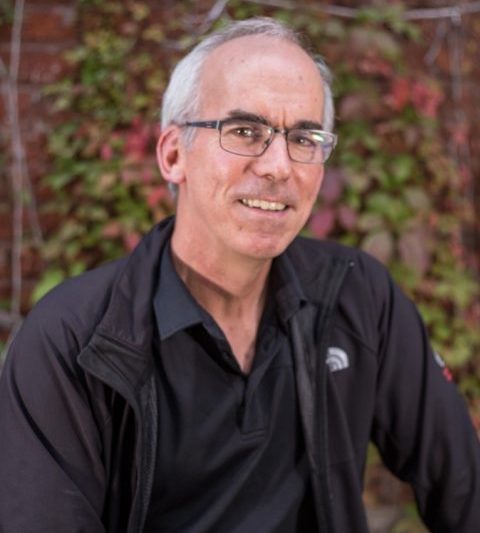 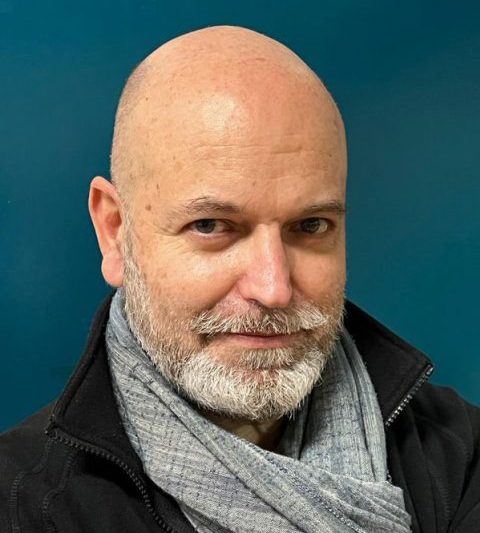 A native of the San Francisco Bay Area, Clare Schweitzer (she/they) graduated in 2012 from Mount Holyoke College with a B.A. in Dance and Mathematics cum laude with high honors. In 2014, Clare moved to London and completed an M.A in contemporary dance, focusing her dissertation research on screendance festivals and the cultural production of screendance through its presentation. Clare has performed as a dancer around the SF Bay Area and her films have screened at festivals worldwide. She has also presented research at events such as the Light Moves Festival of Screendance and the Screendance State of the Art Symposium. She currently works as a Programming Associate with Dance Film SF (which presents the annual San Francisco Dance Film Festival) and as a videographer/editor for Rapt Productions and is a co-host on the podcast Frameform, a podcast that discusses the intersections of dance and film.

Andreas Hannes (GR,1987) is a choreographer, producer and curator based in Amsterdam. After completing his studies in classical percussion at the University of Macedonia in Thessaloniki (Greece), he moved to the Netherlands to follow his passion for film. He worked as an independent director and producer of short films and he co-founded Small House Productions, a platform for international and interdisciplinary projects (2011-2015).

In 2018, Andreas graduated from SNDO (School for New Dance Development) with the performance The City, which won the Moving Forward Trajectory 2018 and the Young Art Support Amsterdam 2019, and allowed him to create the skipping sequel Tremble. In 2020, he won the BNG DansPrijs and created Warping Soul, with which he was selected by Aerowaves as one of the twenty upcoming makers in Europe for 2022. He is artist in residence at ICK Dans Amsterdam, where he created Reverberated Emissions (2021)and is currently collaborating with Julidans festival in Amsterdam for a two year trajectory of development and production.

Andreas has been affiliated with Cinedans FEST since 2011 and acts as the artistic programmer, curator and producer of the festival since 2019. www.andreashannes.com

Thomas Corriveau made his first films in the 1980s and pursued a career as a visual artist, working in the fields of drawing, painting, printmaking and animation. His works are part of various private and public collections and he has exhibited regularly in Canada and abroad. He is a professor at the School of Visual and Media Arts at Université du Québec in Montréal. Since ten years, he is fully involved as an independent animation filmmaker. Thomas won with his short dance film They Dance With Their Heads the Award for Best International Short Dance Film in Choreoscope 2021.  www.thomascorriveau.com

Pedro Sena Nunes is a Portuguese director, producer, photographer, teacher, and programmer. He finished the Cinema Course after attending Mechanical Engineering. He co-founded Companhia Teatro Meridional, where he is responsible for the audiovisual area. Between Barcelona, Lyon, Sitges, Budapest, Lisbon and Florence he participated in courses and workshops on cinema, photography, video, theatre and creative writing. He has produced documentaries, fictions and experimental works in cinema and video and produced more than 120 advertising spots for television and radio. He has received scholarships from several institutions – Fundação Calouste Gulbenkian, Universidade de Ciências de Lisboa, Pépenières (cinema), Visions – – Documentary European Course, and has been invited to participate in national and international conferences. He was a jury in competitions and festivals of photography, theatre, design, dance and cinema, of which Instituto Cinema e Audiovisual (ICA) is of note. He was the founder of Teatro Meridional, Avanti.pt, Apordoc and Associação Portuguesa de Realizadores and is artistic director of Associação Vo’Arte and does consulting work for various associations and specific artistic projects. For the past 14 years he has devoted himself simultaneously to the area of pedagogy, creating and directing laboratories dedicated to creation and experimentation, both documentary and fictional. He was a visiting professor at the School of Theater and Cinema (ESCT), Dance Forum, Piaget Institute, Ana Wilson School, Glasgow Film and Video Workshop (GFVW), Centro Em Movimento (C.E.M.) and ETIC (Technical School of Image and Communication). He is involved with an artistic director at CIM – Dance Company that integrates people with and without disabilities. Of note his collaboration, as consultant, in the reform of artistic education with the Ministry of Education. Is a researcher at CLEPUL – Center for Literature and Cultures Lusophones and European and doctoral student in performative arts and moving images in the University of Lisbon (UL).

BEST DANCE SEQUENCE IN A MOVIE OR SERIES OPENING 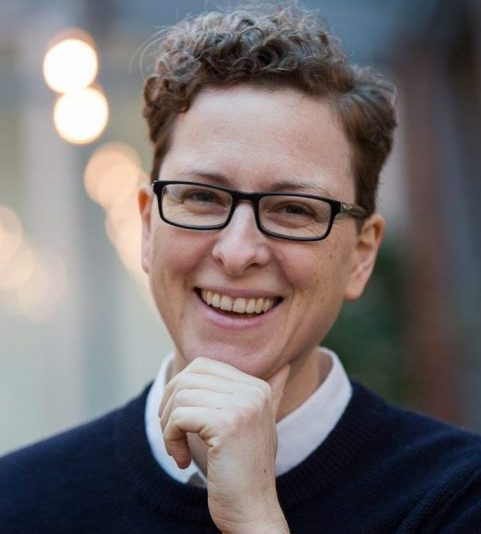 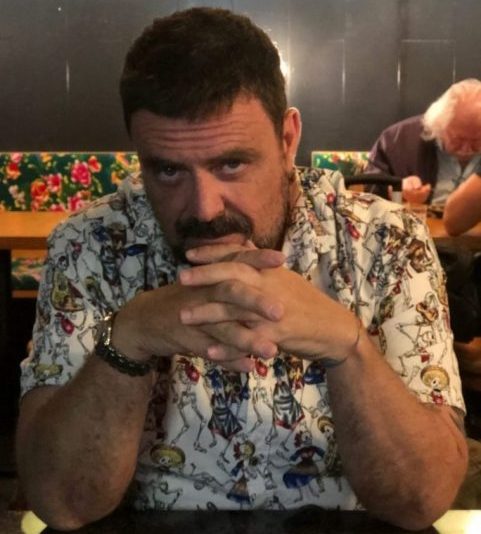 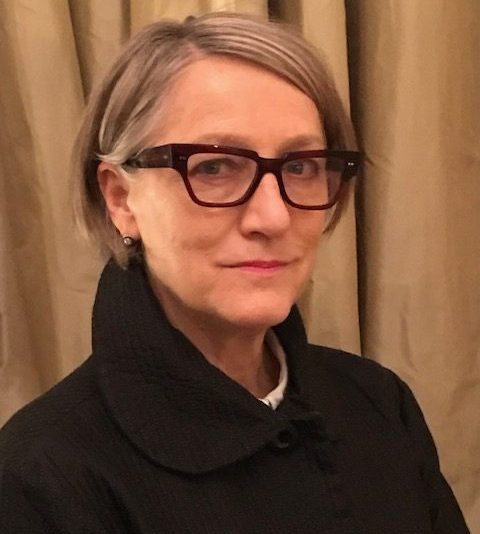 “Gitta Wigro is a freelance dance film programmer based in London, UK.

She is a co-curator of Kinesthesia, and a programmer for the Screendance Competition at Leeds International Film Festival. She has worked as guest programmer, speaker and jury member for, among others, American Dance Festival (USA), La Danza in 1 Minuto (Italy), BFI FLARE (UK), Big Dance Shorts (UK), and Light Moves (Ireland).

Currently, Gitta is the course leader for the on the Screendance MA at London Contemporary Dance School (maternity cover 2020-2021). Since the inception of the course, she has also led a module on presenting screendance work and in that role facilitates the student-led dance film festival Frame Rush.

Her work in dance film started at The Place, where Gitta was part of Videoworks, The Place’s resource for dance film makers, from 2000 to 2007. Videoworks comprised a video library, production facilities and the annual Dance on Screen film festival, and Gitta took over its management in 2004.

She curated the annual Video Dance project for Anticorpi XL (Italy) from 2006-2014, and was co-curator of the 2010 edition of Moves International Festival of Movement on Screen (UK).

She worked for Arts Council England, the national funding body for the arts, as a relationship manager, managing project and organisational grants, with a remit for dance and digital media, from 2008-2012.

For eight years, Gitta was co-director of Independent Dance, an artist-led organisation providing a responsive, stimulating space for artists in their ongoing development as professionals.

Gitta is part of the team of volunteers maintaining the International Screendance Calendar, and maintains free online news feeds for dance film makers at Video Dance (Facebook) and @dance_film (Twitter).

David Matamoros has a Law Degree and MBA from Blanquerna (Ramon Llull University). He has been a film producer for more than 20 years. He has produced from animation to fiction and tv series. His alliance with Lars Von Trier and Zentropa has led him to participated in some of the most prestigious films in the past years, such as Melancholia, The Hunt, Academy Award winner In a Better World or The House that Jack Built.
A regular at prestigious international festivals, he’s just produced “Brief History of the Green Planet” (Teddy Award Berlinale 2019 / Acid Cannes) and “El Hoyo (The Platform)”, winner of Midnight Madness in Toronto 2019 and Sitges, that’s become a huge success in Netfllix and worldwide phenomenon during the pandemic. But his film credits include other titles such as “Evolution”, “Tasting Menu”, “Grimsey” or “Vulcania”.

In 2019 he embarks to co-direct “Isaac” with Ángeles Hernández, his first fiction feature film, selected now in prestigious festivals. Right now he is filming the animated movie “Hanna and the Monsters” while preparing “Astronauta”, his second feature, now solo, to be shot in early 2022, and “The Lighthouse”.

He’s also a mentor in programs such as Script East or Cartoon, and a professor in Universitat Pompeu Fabra, Blanquerna and ECAM. He’s written a book about film distribution, “Film Distribution: First Steps”.

Award winning choreographer and movement director Caroline Pope works with actors, singers and dancers, she has experience in film, TV, commercials, fashion shoots, performance art, theatre and opera. Caroline started her dance career with a ballet company in France before returning to London to co-found Extemporary Dance Theatre. She then danced with many other groundbreaking contemporary companies including Michael Clark, Lloyd Newson – DV8 and Second Stride. She received the ACGB The Theatre Performer’s Award which took her to New York where she danced with Martha Clarke and Dana Reitz amongst many others. Her recent film and television works include ‘The Princess Switched’ sequels Two and Three with Vanessa Hudgens, ‘The Hustle’ with Anne Hathaway and Rebel Wilson, Foundation (series, AppleTV), Doctor Who (S12, BBC). www.carolinepope.com